How I Didn't Go to Disney World (a story)

Told to me by Yisrael from Ofakim*: 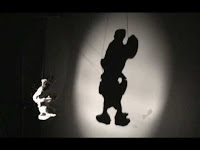 Last summer, I wanted to go visit Disney World in Orlando, but all the flights from Israel to Miami were so expensive. I started looking at other options, flying into Newark, JFK, then finally I found amazingly cheap flights to St. Petersburg.

Now, I'd never heard of POCCNR airlines, but their flight was not only cheaper, but actually FASTER than anything else I could find. So I bought our tickets.

I learned English in school, and I was pretty good at it. I did 5 yechidot on my bagrut, but I tell you, the way those people in St. Petersburg speak, I couldn't understand ANYTHING. I mean, I watch a lot of US television, even series like CSI Miami and Dexter that happen in Florida, so I thought I could understand how they talk. Crazy!

I now understand why Donald Trump is so scared of foreigners invading the United States. Just look at this weird mosque! 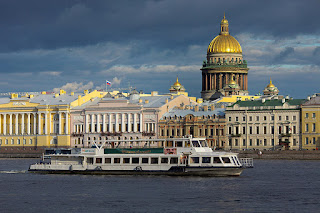 I couldn't even read the signs there. So many foreigners that the signs aren't even in English. Even Waze could not help me figure out how to get on the I4 to go up to Orlando. There was no Mickey Mouse. It was tragic.

This year, I've got it figured out, though. We're going through Georgia. I wonder how far Tbilisi is from Atlanta.