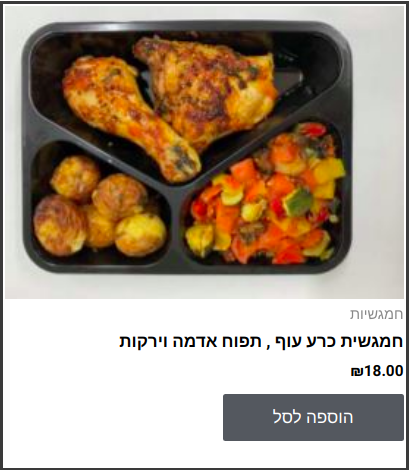 The chicken was slightly saltier than I like, and I like my chicken barely cooked - this was well done, but not overcooked. The potatoes were great. The vegetables were flavored well, but I didn't like the peppers. Overall 7/10 I'd eat it again, but I wouldn't look forward to it. 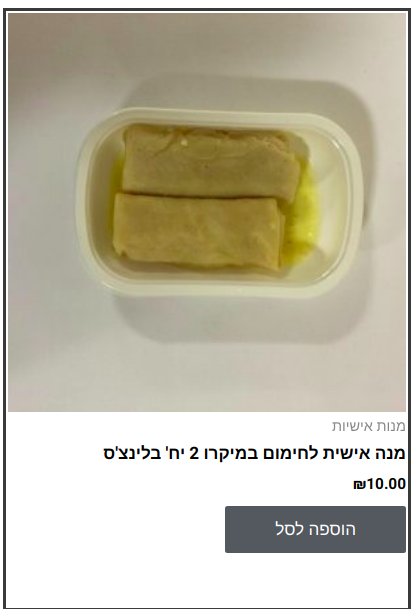 This morning, I tried the Blintzes - One sweet cheese, one apple, in vanilla cream, not overly sweet, but definitely sweet. I thought it was delicious. Kinneret (13) didn't like the apple, and didn't try the cheese, because I was already eating when I discovered that there was a second one, and we're germophobles. 9/10, yummy dessert or breakfast. 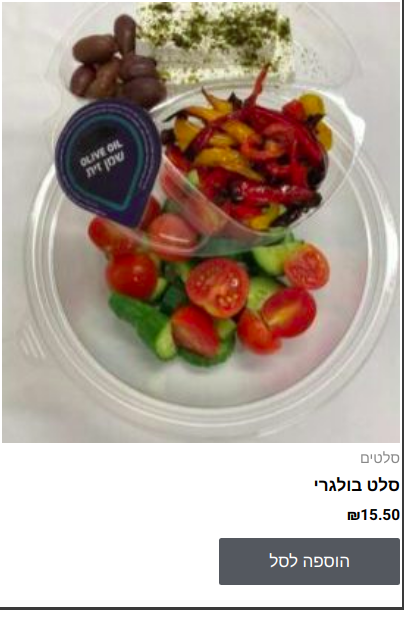 Fresh and good.
There was lettuce (not pictured) and the peppers were ... not yummy (according to me and Kinneret)
There was no zaatar on the cheese, and the dressing was Thousand Island (good). Kinneret said the cheese was too salty... but um. it's Bulgarian cheese.  Overall, good salad, certainly for the price - I've paid 30 for less impressive salads. The salad is a full meal for someone who isn't a big eater, or would be good with a sandwich for someone who eats the entire universe (like me). 8/10 -would definitely eat again, would absolutely throw out the peppers again. 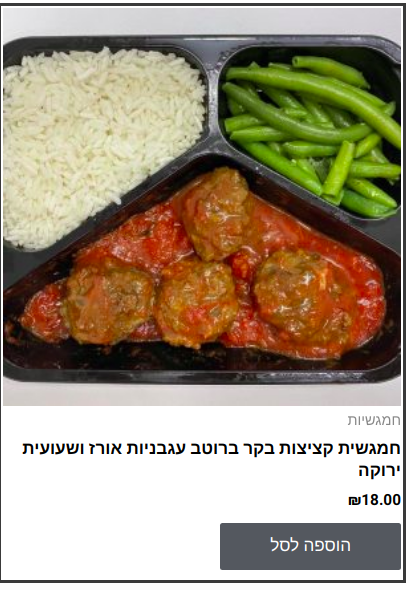 Fry said the meatballs and rice are good, but found the string beans chewy. (undercooked?)
He says he'd eat it again, but it's not his favorite.

I tried it and the meatballs were good, not great, and the string beans were slightly undercooked and oversalted. The rice was fine

7/10 - Satisfying, reasonably tasty. too much salt.

I have a crazy love of airline food, so when I saw Tamam was offering to let people buy airline meals, I ordered a whole bunch of different things, and I'll be reviewing it here:
. 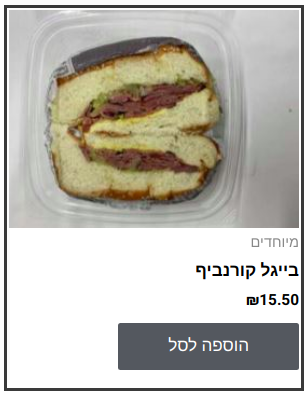 Cornbeef bagel - the "bagel" is a regular roll with a hole in the middle. It has a tomato-pepper sauce on it that I didn't like. Lots and lots of pickles, and sauerkraut. Not tons of meat, but I wasn't expecting a New York deli. Rating it 6/10. I'd eat it if I were hungry, but it's not great.

Meal with Schnitzel, Couscous, and Vegetables:  This seems to not exist on the website, so I am putting the closest picture I could find. I had a bit of schnitzel and it was pretty good, but I can buy that at any supermarket. My son said he didn't like the couscous and veg. I'll have to check it sometime. 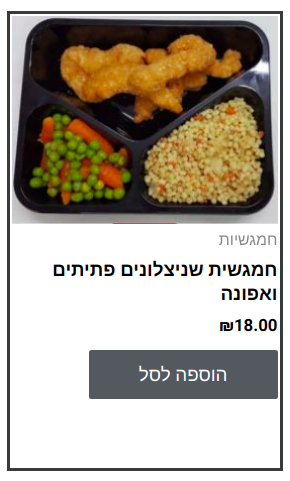 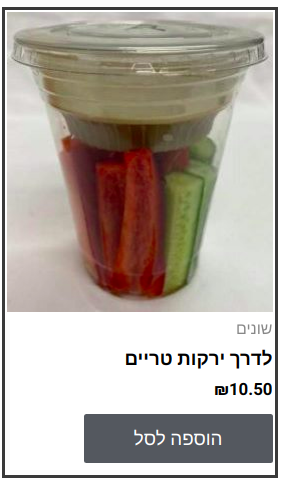 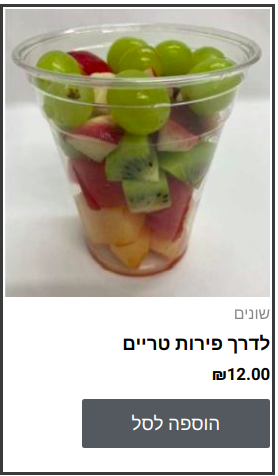 I look forward to updating more in the future. I ordered a whole bunch more stuff.

Posted by Leah Goodman at 8:14 PM No comments: