I'm looking for subjects for a usability test. The test will take place in Tel Aviv on Wednesday or Thursday. (Dec 9-10, 2009)

Subjects should be 20-35 with a good knowledge of Hebrew (Israelis preferred) and need to have a nokia smartphone with internet access and data plan.

Subjects will be compensated for time and travel.

Please repost this anywhere and everywhere you think someone relevant might be looking!
Posted by Leah Goodman at 3:59 PM No comments: 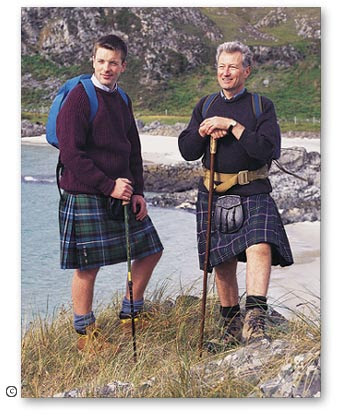 For those of you who didn't join me today (that would be everyone except Ephraim), here's what you missed...

First, we had to scale a big concrete wall. Well, okay, it wasn't that big. It was about waist height, but you try scaling it with a stroller. This really nice young lady (late teens, I'd guess) helped me, and it was actually really not bad. This is because the mall isn't open at 6:30 in the morning, and I didn't feel like walking 3 blocks out of my way to get to the train station. The road that goes to the train station should be open by the next time I need to go, and if not, well, my appointment then is at 10am, so I'll be leaving a bit later anyway.

Next, there was a guy wearing a kilt on the train. I mean, a real live Scottish kilt. But here's the funny thing. Usually when you see a guy in a kilt, they're like decked out in full gear... not this guy. He was wearing this blah t-shirt and a North Face jacket. It's like someone secretly switched his jeans with a kilt and he didn't notice...

Ephraim and I played peek-a-boo a fair amount of the way to Haifa, and then we found a taxi and got to the clinic right on time. The clinic staff was fantastic as always, and Ephraim is doing great. They didn't get us a new lens today, but they fixed the one he's wearing now to make it more comfortable, and they'll mail us a new one in the next few days.

On the train home, Ephraim really wanted to crawl around, and there's a bit of clear space where I guess wheelchairs could be, so I let him down, and I closed the door so he couldn't leave the compartment, and I went to sit back down.... only I forgot I had been sitting in a jump-seat (like a movie-theater seat), so I ended up on the floor. Ephraim crawled around for a while, stood up next to some older gentleman (by older, I mean older than my father), banged on the seat next to him a little. I asked the man a few times if it was ok, and the man said it was fine. Then someone left the compartment to use the restroom, so I got up to close the door and when I sat back down, I again landed on the floor! It's too bad there was no video camera on me. I think it could've gone viral. :)